This masterpiece shifts from rushing breathless sections of hasty drums and frantic riff to super aggressive hyperblasting to sudden melodic drops and back again. Coming in at under the 30minute mark this output does an admirable job of exploring the concept presented under the title; TELOS being Greek for 'End', the release follows ideas of environmental collapse, the problems of post-modern society and overpopulation, and plays with ideas of metaphysical beings as metaphors, embodying the eponymous TELOS as a deity-like humanity destroying creature.

Following this almost sci-fi story like structure is refreshingly unusual in this genre and the band pulls it off remarkably well. Their sound is certainly comparable to that of a destruction deity. In short this is a brutally effective release in the blackened hardcore genre that will satisfy anyone looking for their blasting dissonance fix while at the same time offering interest and depth for repeated listens with a strong conceptual leaning and unusual instrumentation. 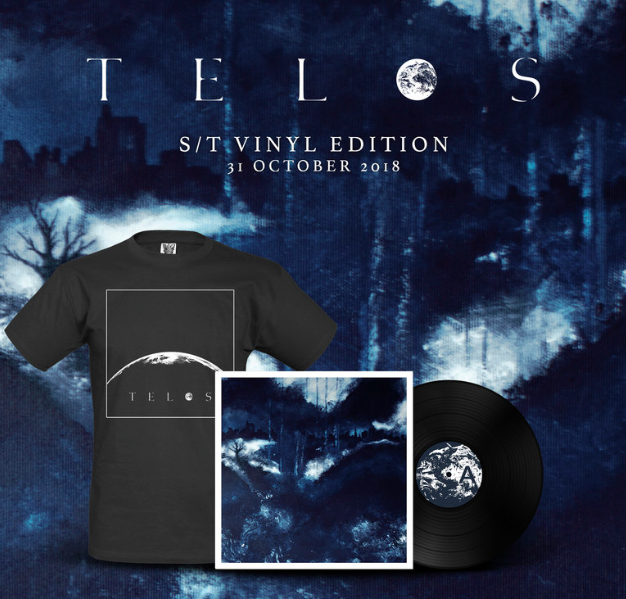 The Pitch: Copenhagen, a current hotbed for the most dark and deranged blackened hardcord sounds, brings us the debut album from Telos via Maniyax Records, WOOAAARGH, Rakkerpak and 5FeetUnder Records. FFO: Hexis, Converge, Eglise

What I Like: After teasing us with the abrasive single "Helios," I was excited to hear more from this new force from the darkest corners of the hardcore/mathcore scene. Telos do not dissapoint with this self-titled outing.  Like cenobites emerging from some depraved, otherworldly portal, they bring with them both pleasure and pain; frequently blurring the lines in between. Very similar to countrymates Hexis and LLNN, Telos utilize a swirling torrent of cataclysmic drumming, blazing guitars, and blackened/deathened vocals to bring the entire f#%king house down. This is about as metal as hardcore can get. To push it any further would be catastrophic. The opening track, "Hadean," is even named for an eon of chaotic formation during which the surface of the Earth likely resembled what we think of as Hell. From the ripping bass solo of the multitextured "Ape" to the mathy, Dillinger-esque opening riffs of "Deity pt. 1: Wither," this album will own you.

The Verdict: I can't get enough of the Copenhagen sound. There's a very specific type of distortion and overall approach to guitar that has come to define the region, and Telos are taking it to its absolute zenith. These guys have jumped the line and arguably become the area's best new export.