SIBERIAN HELL SOUNDS and CONVULSING - two of Australia’s finest in extreme music - come together for a split LP.
‘The Breath Of The Beast’ marks the moment when Siberian Hell Sounds transcended the sum of its parts, and emerged as a hypnotically heavy drone machine - more a cataclysmic force majeure than music. Sounding like the bastard child of elusive French powerhouses Deathspell Omega and the cabal of nationless demons known as Hexis, Siberian Hell Sounds draw influence from clandestine corners of extreme music while never adhering to the tropes of any particular subgenre.

Convulsings ‘Engraved On Bleached Bone’ exists as a bridge between two selves: between despondency and turmoil of the past, and the uncertainty of the present. It is a knife at the throat of a now-defeated enemy. A bloodied howl of contempt. As the project of Brendan Sloan (Dumbsaint), Convulsings 2016 debut 'Errata' made it's mark with an expansive combination of angular death metal, razor raw black metal, ambient menace and transcendent drone, drawing from names like Ulcerate, Dysrhythmia and Krallice. 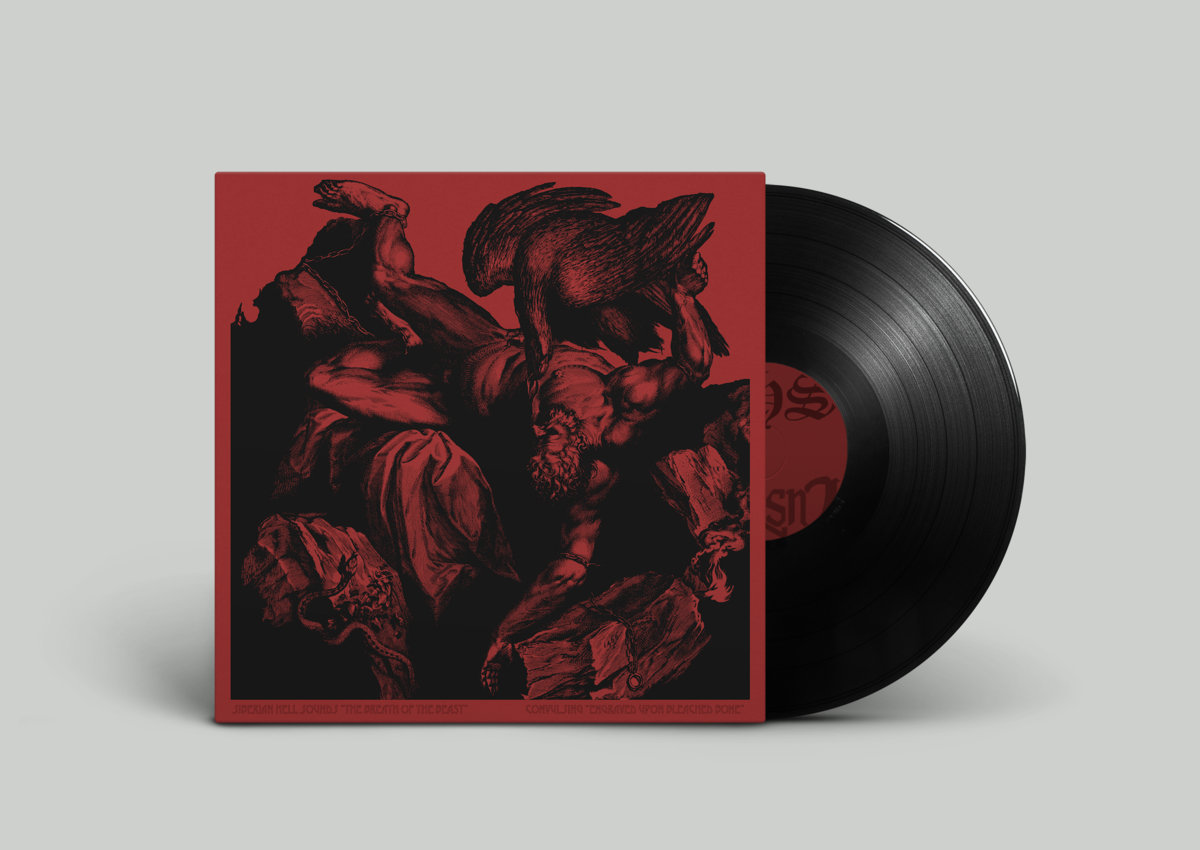 It’s the Brisbane, Australian band Siberian Hell Sounds that begin thinks with a ferocious blackened style of metal. Meshing hardcore/grind with the chilling vibe of black metal, the intensity rarely drops. When it does it’s just to build back towards delivering blasting hot snippets of metal.

The disjointed style of guitars sometimes makes it difficult to feel completely comfortable with what’s being heard here. Forcing you to be constantly on the tips of your toes, edging away from the lip of the cliff. However when Siberian Hell Sounds drop that for a raging torrent of noise, any pretence of safety is forgotten.

It’s quite impressive that Siberian Hell Sounds are able to keep up this level of intensity for such a long period of time.

Convulsing offers a darker effort. A one-man blackened death metal act, it’s incredibly violent from the moment the thumping bleakness kicks off. After a couple of minutes of unadulterated ferocity, things get a little more melodic but just as dark. Slowing things down to a near stand-still, a soft guitar melody, light drum taps & growling vocals change things up a bit before returning to the wildness.

Several times throughout the 20+ minutes of Engraved Upon Bleached Bone, the faster heaviness is brought to a halt. Replaced with dread, haunting sounds & a darkness underlining everything. While it just about works, you can’t help but question the overall structure of the track & by the 15 minute mark you’ll start to check out mentally.