As M. Bakunin described it once, the liberty of people solely consists in obeying the natural laws as the humans recognized themselves as a part of it, not because they are given by any secular or "divine" force or will.

Following this basic thesis, Toadeater unleash their second longplayer "Bit to ewigen Daogen" right after releasing the EP "Hestia". The upcoming opus contains five monuments about mankind's creation, their alienation with an ecosystem they were orginally born into and the happening decay of our civilization. 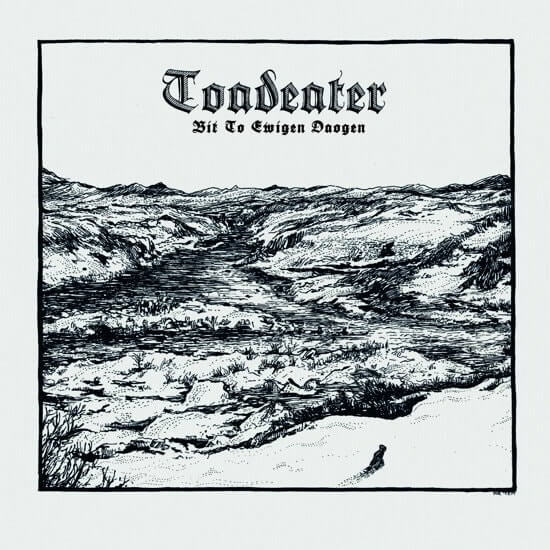 Musically "Bit To ewigen Daogen" is Toadeater's most elaborated work and the atmosphere is more oppressive and melancholic than ever before. Staying true to their trademarks, all songs are built on elegiac melodies alternating with manic riffing, rage filled drumming, ulver-ish synth-parts and majestic clean vocals (for the first time). This longplayer brings Toadeater's well-known atmosphere to a higher level of despair and agony."